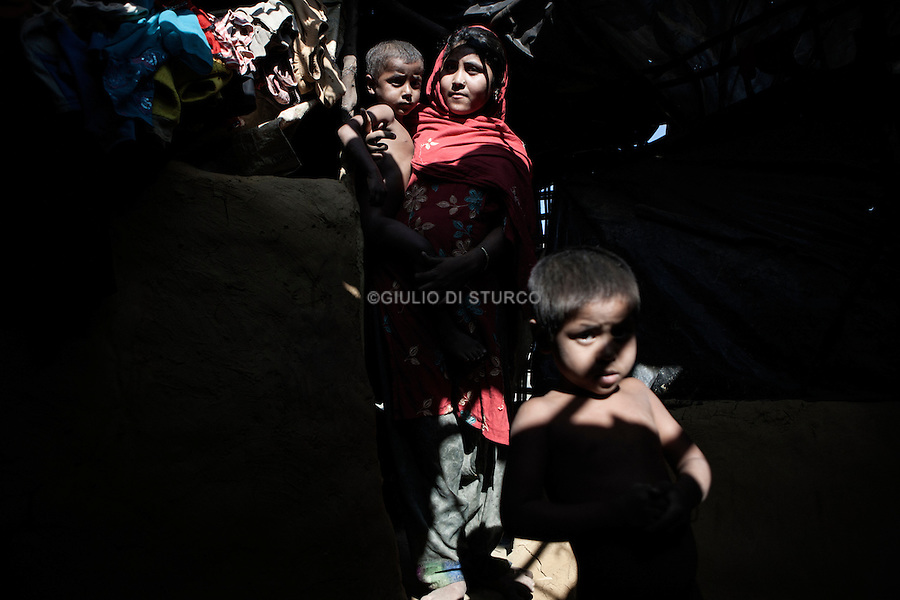 Rohingya refugees in the unofficial Kutuplanong refugee camp, Cox's Bazar, Bangladesh.
Rohingya, a Muslim ethnic minority originating from Myanmar where they are denied citizenship and suffer persecution and discrimination. Over the past two decades, hundreds of thousands of people have fled their homes to seek refuge abroad, however, few have been granted refugee status and most of them are unrecognized and unassisted. Thousands of unregistered Rohingya refugees live in the Kutupalong makeshift camp, Bangladesh. They are being forcibly displaced from their homes, in an act of intimidation and abuse by the local authorities, the international medical organization Medecins Sans Frontieres (MSF) has treated numerous people for injuries where the majority were women and children.A fundamental solution for the Rohingya, not only in countries where they seek asylum but at their origin, is crucial to restoring the health and dignity of these long suffering people.
@Giulio Di Sturco