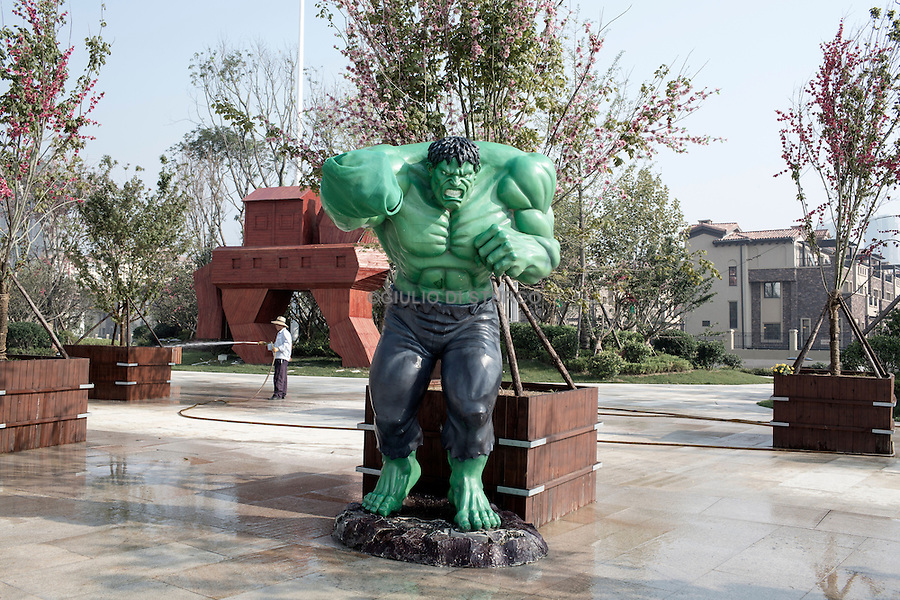 Qingdao Oriental Movie Metropolis is a major measure to implement the national policy of building a cultural power, a major strategy for Wanda’s cultural industry development and a major attempt to create China’s global cultural brands

The grand plan for the 376-hectare (900-acre) Qingdao Oriental Movie Metropolis.
The Wanda Group complex would boast more than 20 studios when it becomes fully operational in June 2017: One would be the world’s largest, while another would be fixed underwater. The Movie Metropolis would also house China’s largest film museum, the nation’s largest celebrity wax museum, an Imax research laboratory and theaters that can accommodate as many as 3,000 people.
@Giulio Di Sturco