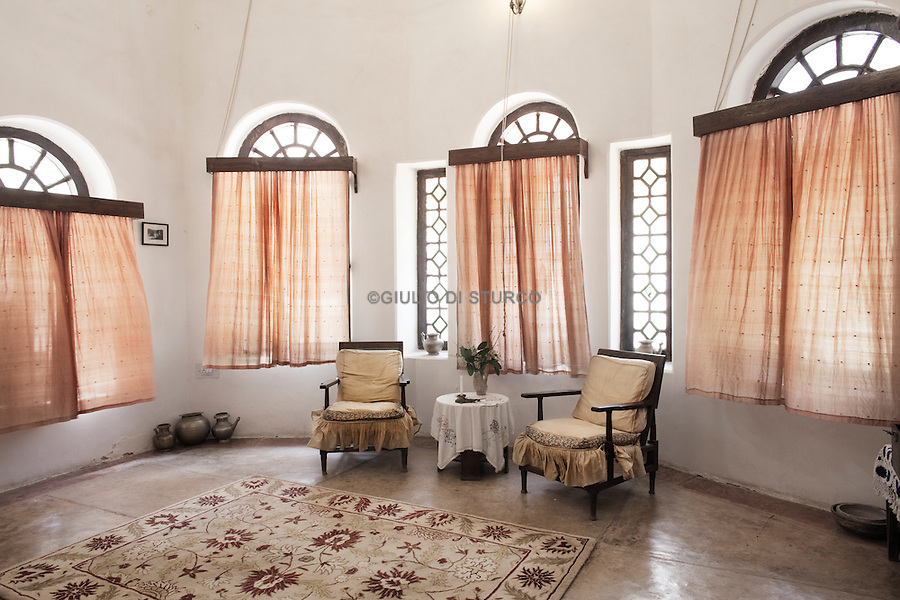 INDIA, KANKER PALACE, MARCH 2014
Like a rare unearthed diamond there are tribal parts of Chhattisgarh where humanity is still untouched by mobile networks and cathode ray tubes but could soon disappear in the encroaching digital world around. I’ve come here in early Spring at the end of the colourful Kumbh Mela festival season. It’s a land of leopards, shamans, forest dwellers, animist beliefs, a hindu hierarchy and a robust royal family intent of leaving a legacy to the region around them. Chhattisgarh really is a microcosm of the beautiful complexities of old and new India.Maharajah of Kanker at the royal family palace, two hours south of Raipur, a neocolonial residence built in 1937 by the British agent with 6 rooms in the right wing now given over to guests (along with a further 12 rooms in outlying cottages).
@Giulio Di Sturco
@Giulio Di Sturco