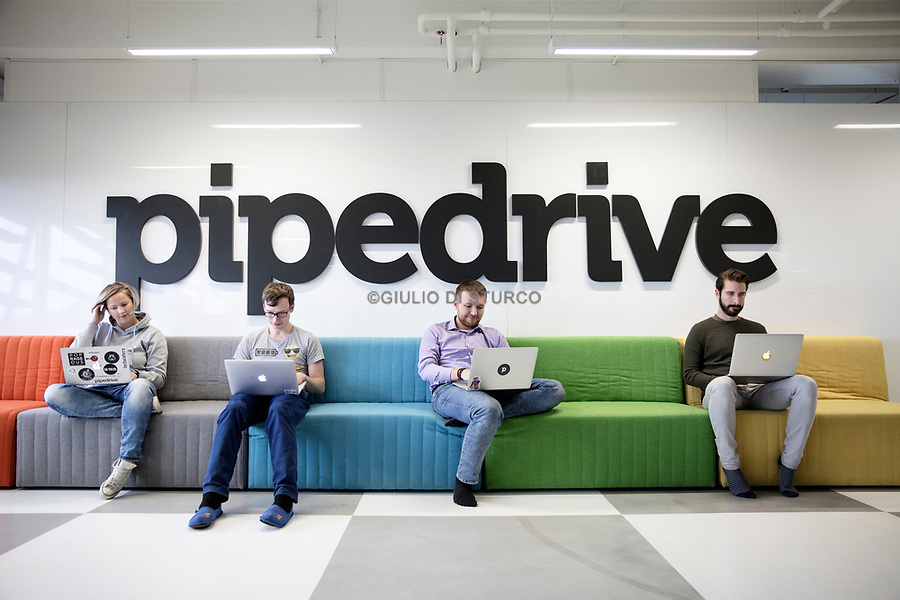 Pipedrive one of the biggest startup in Estonia.
Pipedrive is a sales management tool designed to help small sales teams manage intricate or lengthy sales processes.
Pipedrive was recently named the Best Employer in Estonia in 2016, and Best Enterprise SaaS B2B Startup by The Europas in 2015.

Estonia is arguably the most advanced country in the world when it comes to use of the Internet and related technologies. Estonia is a most improbable success, in that a mere quarter of a century ago it was still under domination of the Soviet Union as a very poor backwater on the Baltic Sea. Now it is a developed country and a member of both the EU and NATO. In late 2014, Estonia became the first country in the world to offer digital residency to non-Estonians living anywhere in the world. Non-residents can obtain an Estonian smart ID card which enables them to have access to many electronic services available to Estonian citizens, including the ability to create and operate an Estonian company.
@Giulio Di Sturco
@Giulio Di Sturco