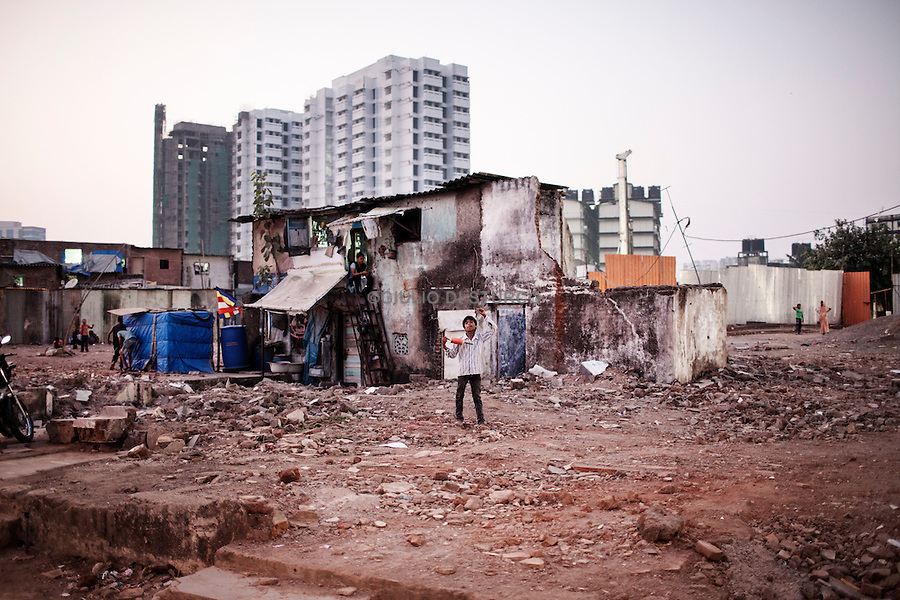 INDIA, MUMBAI 2014
The Golibar district, much sought after by developers, is changing. It epitomizes the process of slum upgrading at work in Bombay: pending finalization of new apartments, the former slum inhabitants are relocated to transit camps in against-plated. Other families, who value their house, still resisting. In a few years, however, a luxury skyscraper complex, called "Santa City" will replace the precarious housing.@Giuliodisturco
@Giulio Di Sturco