Ian Kittichai takes us into the heart of his farm-to-table restaurant, Smith, one of seven different establishments he runs across the world. Since it opened in Bangkok at the end of 2012, Smith has heralded a departure from the modern Thai cuisine of Kittichai’s flagship Issaya Siamese Club, offering up such feature dishes as pork belly glazed with the juice of unripened grapes, or lamb with pomegranate, seaweed jus, pickled mustard and kale.we gain insight into the mechanics behind the operation: while a colleague delicately snips herbs from the restaurant garden, Executive Chef Peter Pitakwong keeps the pass under control, inspecting and subtly tweaking dishes as if he were applying the final flourishes to a sculpture or painting. Kittichai’s TV show Chef Mue Tong (meaning ‘The Golden Hand Chef’) may be shown in over 70 countries, but his formative food experiences were far more humble. His culinary career began as a boy, when he would wake at 3am to help his mother collect goods from Bangkok’s wet market. She would cook curry for her son to sell to hungry locals—“Hot curry coming,” he would cry, while pushing the trolley along the street. He learned his trade during culinary exchanges at some of the best and most progressive restaurants around the world: Hotel Georges V in Paris, The French Laundry in Napa Valley and, most notably, El Bulli in Spain. But despite his western-focused career path, Kittichai remains faithful to the techniques of Thai cooking. “You shouldn’t take shortcuts,” he says. “There is a reason the traditional methods and instructions are there. They work.” © Giulio Di Sturco 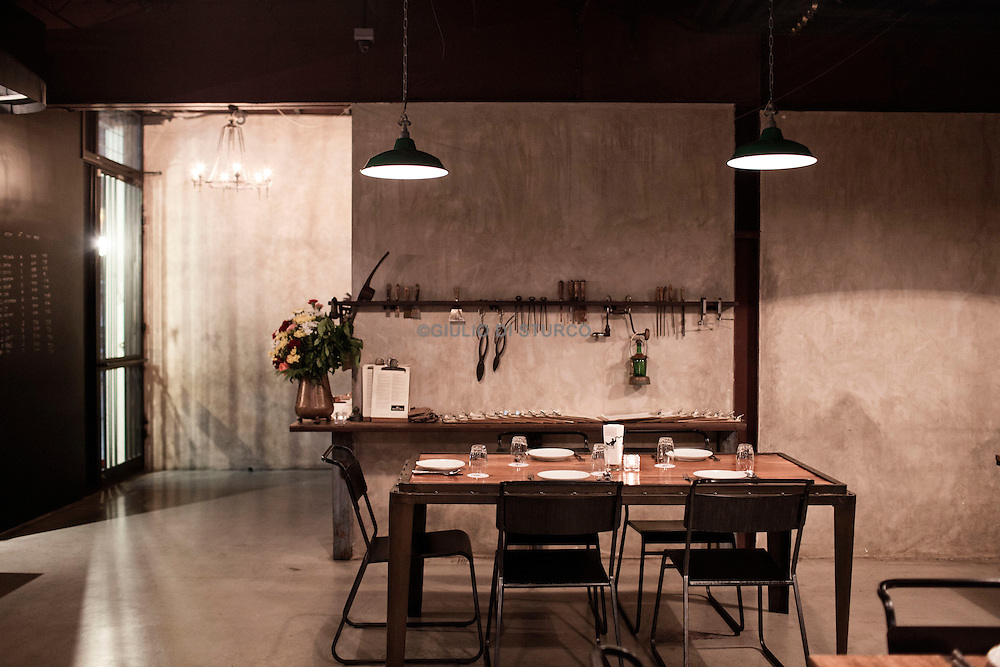