Kolkata the Indian capital until 1912. Center of modern education, industry, science, culture and politics in India, since 1954, Kolkata has witnessed intense political violence, clashes and economic stagnation in the past..In the year 2001, economic rejuvenation has spurred on the city's growth with extensive urbanization, commercialization and job creation. .Kolkata boasts of Eastern India's only IT-hub, its Software sector growth by large growing in leaps and bounds transforming Kolkata as one of the Hotbeds of Indian IT Industry, that has one of the fastest developing corporate sectors..I tried to show the two different souls of the city: " Calcutta " showing the old city as we always saw it. " Kolkata " showing the new city, the new colors and atmospheres and the result of the high-rises, luxurious condominiums, row houses and shopping mall..Night view of Salt Lake Sector 5, Infinity Building, Kolkata, India on Feb. 23, 2010. 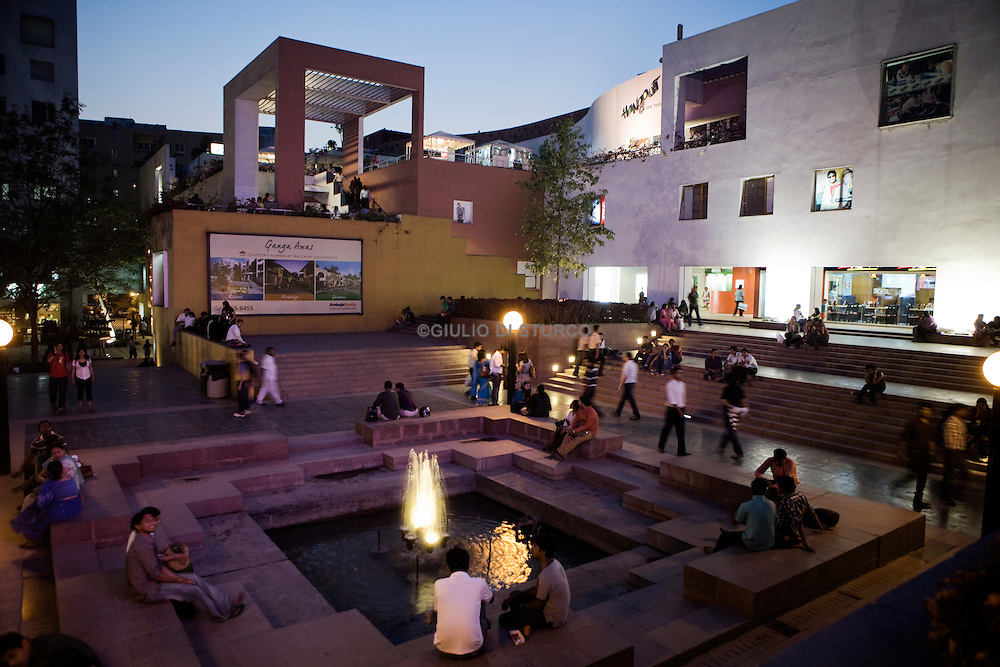